Blinded by the light

For my birthday yesterday I ate so many pancakes and went for dim sum and generally had a Nice Time, and the icing on my very big birthday cake was that the powers that be decided to release Blinded by the Light on my birthday week, so thanks for that. 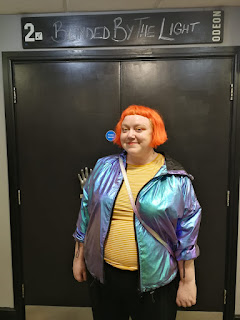 I read Sarfraz Manzoor's Springsteen-themed memoir Greetings from Bury Park: race, religion, and rock n roll a few years ago and was excited for a film adaptation that I was clearly going to love from the outset. 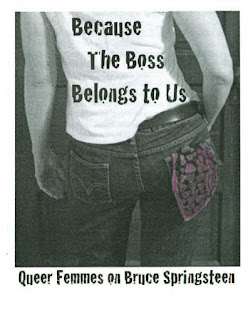 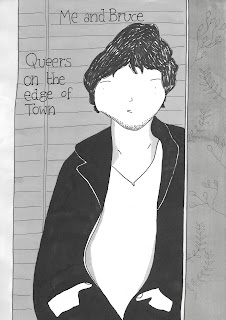 And so I love it that I'm not the only one. That there are so many of us out there using Springsteen for our own self-serving philosophy, using him as a reason to get out of bed, as a coping mechanism, as a symbol of strength, and making lyrics and ideas fit whatever we need that particular day. 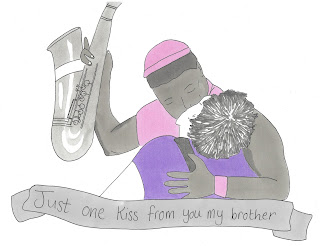 Blinded by the Light was schmaltzy as hell. It was cheesey, and cringey, and so earnest that it hurt. It physically pained me to see Javed recite lyrics from Badlands to counteract the racist bullies who forced him and his pal Roops to move tables in a cafe. I died inside when Javed recited lines from Prove it All Night before kissing Eliza. And I wanted the ground to swallow me up as Javed recited lyrics from Born to Run to his synth-loving pal Matt. It hurt because I think I've done similar things before and I want to take this moment to apologise to everyone in my life: I'm so sorry if I've ever quoted that amount of Springsteen in conversation to you before. I know I have and I know I will do it again and I'm sorry about it.

And those scenes are supposed to hurt and feel awkward because Javed is earnest as fuck. Aren't all poetry writing teenagers who feel trapped in small towns and have romanticised a popstar as a metaphor for their pain? I'm supposed to cringe and feel that in my gut, but it also makes me want to punch the air and nod my head and join in.

Here's a little fact about me: I have never not cried during any rendition whatsoever of Thunder Road. Which is an impressive feat as it's a well known song and I play it a lot, you think I'd be desensitised to it by now but I'm really not. There is a very specific part of Thunder Road which makes me cry which will take another essay to explain so I won't but bottom line is it gets me every time. And so the market stall musical scene was no exception. It didn't even need to try and tug on my very loose heartstrings but it went for it anyway.

The film seemed intent on trying its best to make me sob, and it worked because it kept throwing super emotional lyrics that up until now were lyrics that I had used privately to represent something relating specifically to me, but now I was seeing them literally plastered on the screen to represent someone elses pain. Yes it was schmaltzy to hell and back, but it also left me feeling exposed.

And while I'm comparing the fictional depiction of fandom on the screen with my own then I just want to add that the montage sequence of Javed and Roops roaming round New Jeresey on a Springsteen pilgrimage mirrored my own New Jersey Pilgrimage from a few years ago where I stood and posed for photos in those exact same spots and I love knowing other Springsteen fans have done the same. 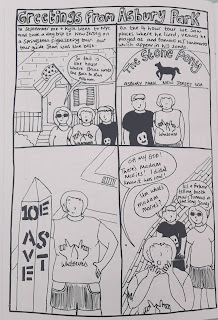 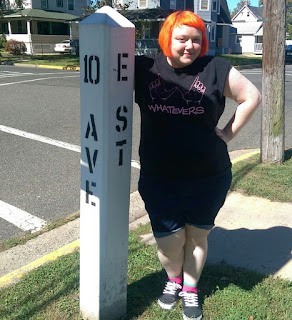 I have some questions though. How come after only listening to Darkness on the Edge of Town and Born in the USA albums was Javed able to quote songs from the Born to Run album the very next day?

Why did Jungleland cut off at the end of the final verse rather than letting Springsteens gutteral animalistic howls play out over the remainder of that National Front scene? Did they not want an Oscar for best use of a Springsteen howl?

And lastly, and most importantly, why wasn't this queer you cowards? I know it's based on the very real memoirs of Manzoor's Greetings from Bury Park, but there is a LOT of artistic licensing already in that film, it wouldn't have hurt anyone to make it queer. Javed's relationships with both Matt and Roops were touching and beautiful and heartfelt. And yes it's lovely to see boyhood platonic friendships play out on the screen I'm also itching for some teen queer romance because Springsteen's songs are just begging to be used for that to be honest.

Those feel-good films set against a backdrop of bleak Britain are a subgenre I weirdly love. This film is as much a realistic portrayal of 80s racism in Thatchers Britain in the same way that Billy Elliot is a hard hitting documentary about life during the miners strike, but it's not really aiming for that so it's ok. This film is designed to make you feel things and buy the Springsteen greatest hits at the end of the day and I'm ok with that.

It did make me feel things, and I fully admit that all the schmaltz got to me and made me tear up. However I wasn't prepare for how absolutely floored I would feel when Prove it all Night came on during the film. It was my friend Anita's favourite Bruce Springsteen song and I can't hear it without thinking of her. She passed away before the film came out and all I wanted to do when I got back home from the cinema last night was message her to chat about the film but I couldn't. Maybe I'll save that for my next Me and Bruce zine.


You can get my Me and Bruce zine series, prints, and postcards here: 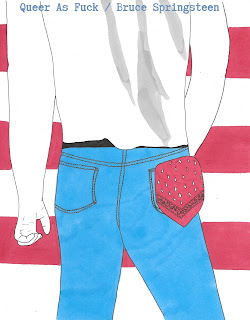