The new issue of Shape and Situate zine is out now! Shape and Situate: Posters of Inspirational Women in Europe is a compilation zine edited by the wonderful Melanie Maddison, featuring posters made by contributors. The posters range from awesome works of art to straightforward text info, the designs and styles vary, and each poster shares information and images about awesome radical women in Europe. 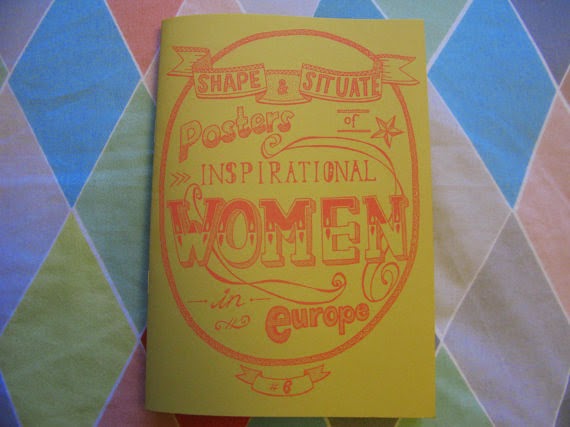 I worked on two posters for this issue. 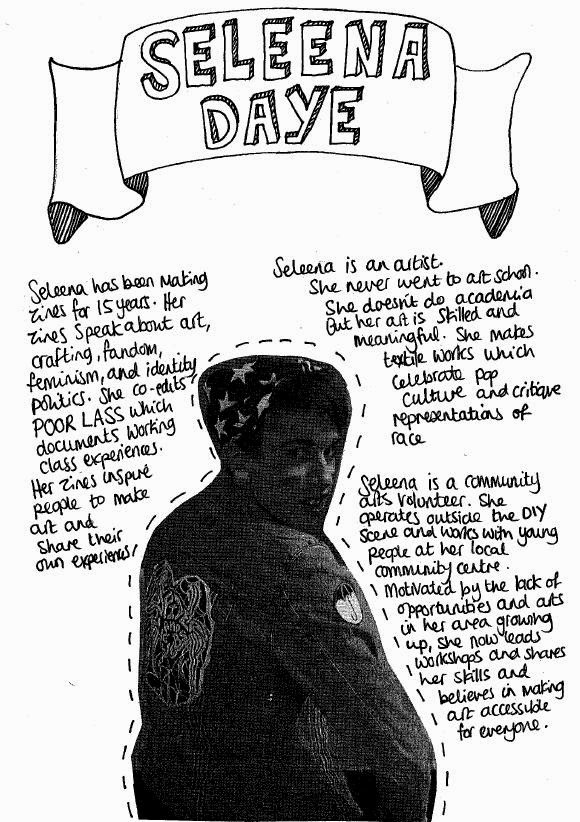 I was really nervous about making a poster about Seleena, not only because I can't draw and I also didn't have access to a printer to make this poster. Is it ok to make a poster of your bff? Will people think it's nepotism? I made the poster of Seleena because she is my hero, but she's also a hero to plenty of other people that I don't know. She is an integral part of the zine scene having been making zines for over 15 years now, and she has contributed so much to the zine community over the years. Her most recent zines Brown Girl and Poor Lass (which she co-edits with Em Ledger) talk about race and class in non academic ways and are some of the most important zines she's ever made. She's also an incredibly hardworking visual artist and has exhibited as a solo artist as well as in the artists' collective YIIIKES. She also works within her local community as a community arts volunteer sharing skills with young people. She's one of the most hardworking and talented people I know, and I know that she is committed to inspiring creativity within many communities. SO I thought she deserved a place in S+S because she's a real hero.

The second poster was on the North Staffs Miner's Wives Action Group which I made with Ele Spinks. 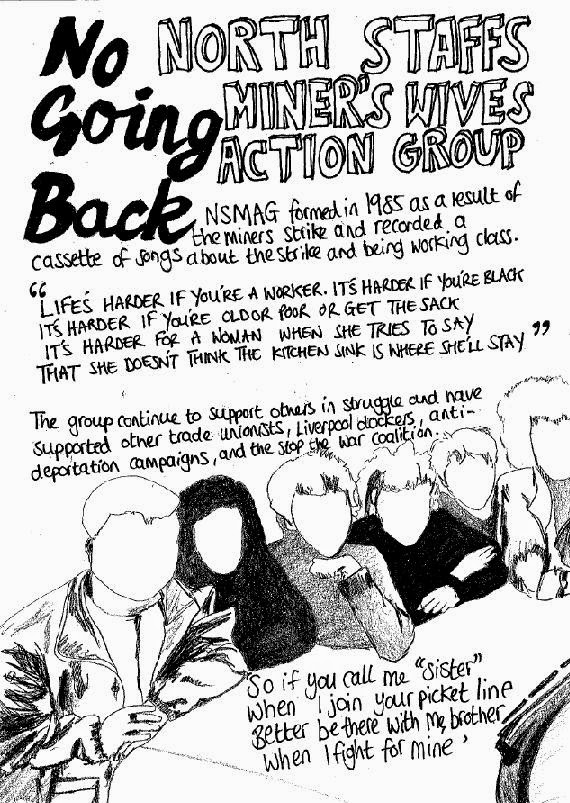 Ele was responsible for introducing me to NSMWAG and lent me a copy of their cassette which she found in a charity shop. It's a cassette album of protest songs written and sung by this amazing group of women. The lyrics are incredible and go beyond supporting the miner's during the strike by also talking about women, class, and race. It's incredible and hearing the tape made me want to find out more about their organisation and became even more inspired by all the things I read. The plan is to collaborate on a more in depth zine on the group at a future date which I've added to my big list of zines for this year, but in the meantime, we thought they deserved a place in S+S. Thanks to Ele on working on this with me.

You can get a copy of the new issue here