Born in the USA

So the Born in the USA record by Springsteen turns 30 today. It was released 4th June 1984 and it's just a couple of months older than I am! 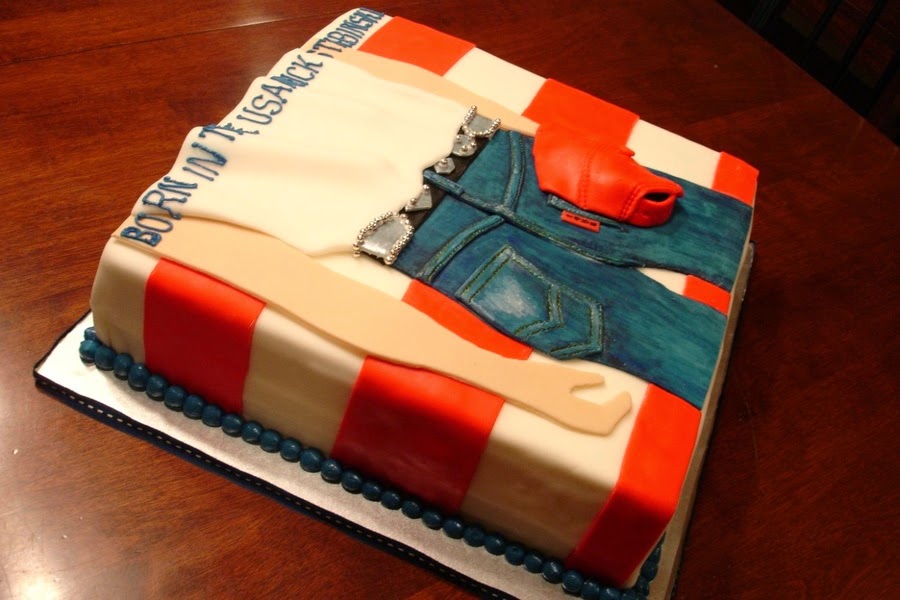 It's my 3rd favourite Bruce album and it's one of Springsteen's most misunderstood albums. Although I gotta admit when I hear Darlington County or Working on the Highway at a live show my insides cringe a bit. I dismiss them as silly pop songs designed to get casual Bruce fans on their feet during quiet moments at a gig, they do nothing for me. And for ages I thought that's what this album was. I thought it was just silly pop songs.

Born in the USA is a totally bananas album. It followed Nebraska, a totally sparse lo-fi acoustic solo recording that is the complete antithesis to BitUSA which is so big and poppy and anthemic and loud. It took 2 years to record and it's responsible for the largest collection of songs during a recording session for one Bruce album with over 80 songs rumoured to have been recorded during the BitUSA sessions. 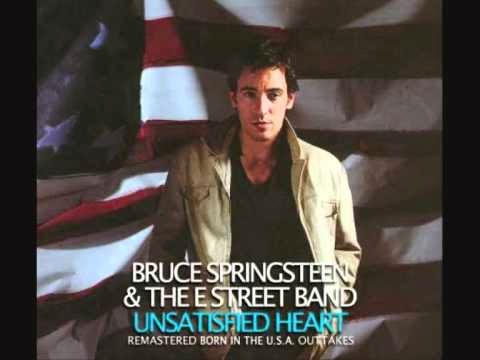 So many amazing songs were left off the finished album although most of those have found their way onto various bootlegs and collections such as Tracks. Meanwhile Bruce fans have pieced together the missing songs in various alternative versions of BitUSA and Unsatisfied Heart is a collection of just some of those outtakes. 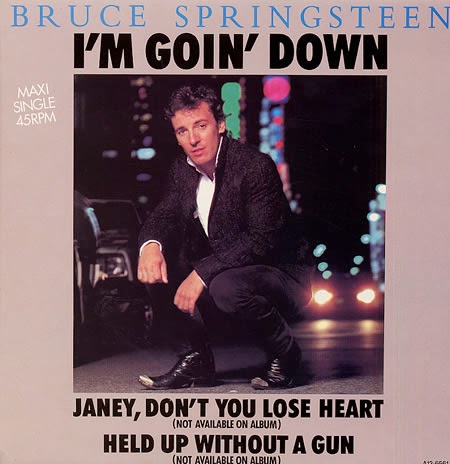 Ok so first of all forget everything you know about Born in the USA - this album is totally sad. It may have keyboards and organs and harmonies and uplifting beats, but don't be fooled. This album is full on dripping with emo feelings. Kinda like how Kenickie wrote amazingly sad pop songs. Has anyone ever compared The Boss to Kenickie before? They should!

I guess the most misunderstood aspect of the album is its title track which despite being scathing and bitter, sounds on the surface like a regular good old pop song. And sure, it's been confused by people as a patriotic anthem instead of the angry scornful attack it really is. And I guess that's easy, I mean those keyboards and that stomping beat feels pretty good right? Maybe the lyrics get lost in all that air-punching feel-good dancing.

But here's the original version of the song Born in the USA taken from the recording sessions for the album Nebraska. It sounds like a completely different song. No pounding drums and sythesisers, just quiet and sad and angry.

That's the problem with Bruce, he can write the most eloquent beautiful sad song and wrap it in a the most perfect 3 minute pop song. This isn't like Darkness on the Edge of Town where every song brings the anger and frustration of the lyrics to life with its overall dark depressing and desperate sounds. This is big pop, and it totally works.

Downbound Train, I'm Going Down, Bobby Jean, Glory Days, even frikkin Dancing in the Dark are sad sad sad songs about depression, loneliness, hopeless futures, broken relationships, and isolation. But they are also the most perfect pop songs ever.

Aw man, just listen to that opening mandolin tugging at your heartstrings with pure woe.

Can you believe No Surrender was almost left off this record? Thank heavens for Steve Van Zandt who can be rather brilliant at convincing Bruce not to chuck his best songs off his records at times (no such luck with The River album though). It's the strongest song on the album and kicks off the b-side with energy and adventure and the promise of friendship and brotherhood.
Here's a beautiful acoustic version of No Surrender that was played a lot in the 80s:

Speaking of good old Steve Van Zandt, this was his last album with Bruce and the E-Street band for some time. He left the E-Street band after this album was recorded and was replaced by the awesome Nils Lofgren for the BitUSA tour. The song Bobby Jean is supposed to be about Steve's departure and Bruce's friendship with Steve. Another example of a sad sad song masquerading as an innocent pop song. And even though this song has been played to death at every live show I've attended, I still can't help but feel moved when Bruce sings 'Im just calling once last time not to change your mind, but just to say I miss you baby, good luck, goodbye, Bobby Jean.'

Just listen to that sax! Clarence knows how sad this song is.


BitUSA signalled a bigger more polished pop sound from Bruce and one of the things I love love love about this record is the use of keyboards and organs throughout.

The keyboards aren't just used on the bigger standout pop tracks. They also quietly underpin some of the more understated tracks on the album such as Downbound Train, Fire, and My Hometown.

My Hometown is a beautifully quiet song that sorts of plods along fuelled by gentle keyboards. It's about the deterioration of your hometown as Bruce sings about racial tensions, economic depression, and the impact of poverty in Freehold New Jersey. It's an odd song to close the album with, even odder that this was even a single, but this song deserves to define the BitUSA album just as much as Dancing in the Dark or Glory Days.

It might not be my all time favourite Bruce album (Darkness on the Edge of Town FOREVER!) but it's one that definitely deserves more than just one listen and contains more depth than most give it credit for. Also if I could go back in time to an era of Bruce shows I would choose BitUSA just for the muscle tees and handclaps alone.