Like all the best things in my life, I always discover things far too late after everyone else is already obsessed with them, but man I’m glad I eventually found My Mad Fat Diary.

I haven’t found a tv show that has hit me right in the gut with its overwhelming amazingness since maybe, I dunno, My So-Called Life. It’s up there with Buffy, Freaks and Geeks, and other ridiculously wonderful pieces of pop culture that manage to be entertaining as hell yet touch your soul. Yeah, you know what I mean.

I didn’t watch the first season when it was first on tv. I saw the badly designed trailers and thought I would hate it. I was wary of fat jokes and laughs at the expense of mental health, and so I avoided it. But after nearly every awesome rad fatty in my life recommended the hell out of it to me, and then finally my boyfriend watched it and said I was seriously missing out, I felt compelled to watch.

I have fallen so damned hard for this show. It has wrapped itself tightly around my heartstrings and has cemented itself as one of those pieces of pop culture that makes you feel all the things. The way I feel when I listen to This Hard Land by Bruce Springsteen? The way it makes my heart hurt with how amazing it is? That’s exactly what this show does for me. 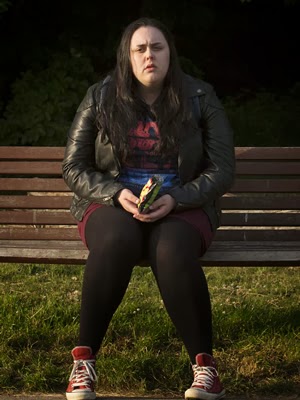 Set in 1996, 16 year old Rae adjusts to life outside a psychiatric home where she was admitted for 4 months after a suicidal period and self harm. She is fat, her insecurities and body issues are fuelling her depression, and she feels isolated and weird in her small town of . Weirdo teenage fat girl in a small northern town in the 90s with body issues and mental health problems? TICKING ALL THE GODDAMNED BOXES.

It is terrifying how much of the dialogue, characters, and plot mirror my own experiences. From the exact same Care Bears duvet set I had in my bedroom down to the complex teen best friend who you’ve known forever but they treat you like shit and make you hate yourself, it cuts very close to home.  Some of Rae’s dialogue about her feelings towards her own body have been said by me/thought by me at various points in my life, and some of those things are a little hard to watch now.
The portrayal of mental health as something that is ongoing as part of your daily experience rather than something that can be neatly cured is brilliant. It feels real and hard and exhausting.

I love the portrayal of a fat girl’s sexuality. I love the way Rae is so blunt in articulating her want. 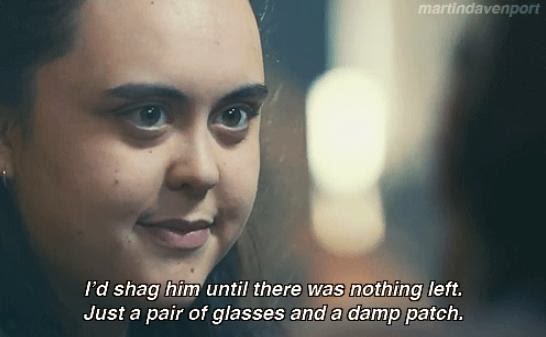 I love the 90s fashion and references

I love Rae talking about not being able to eat in public. I did this for years when I was younger and I could never tell anyone. 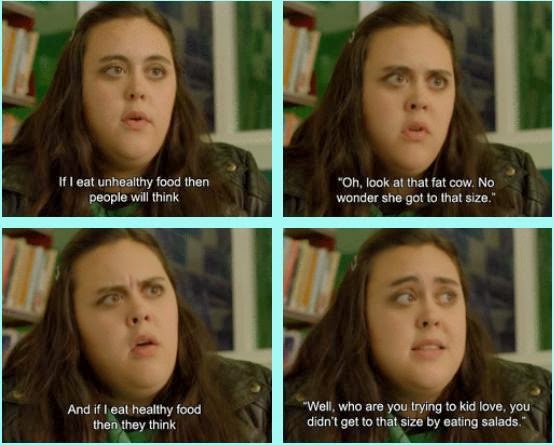 And who would have thought that Newt from Hollyoaks would be the next Jordan Catalano? 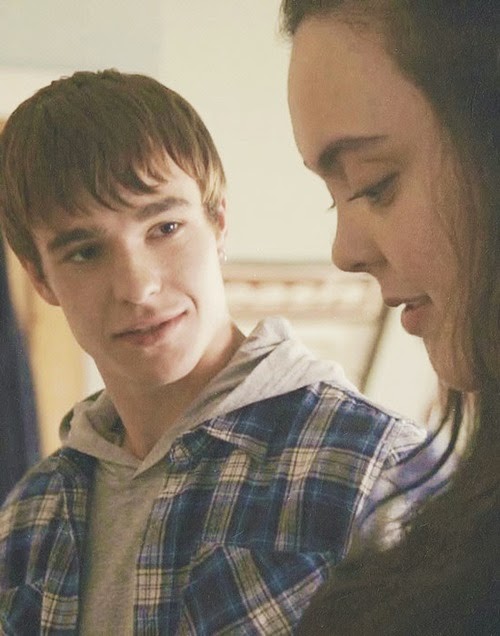 Rae is not the stereotypical fat character for laughs, and neither is she on a journey of transformation/diet/makeover which will result in her finally deserving love. Both those things are mentioned and dismissed in the show, as that’s not all her character is reduced to. 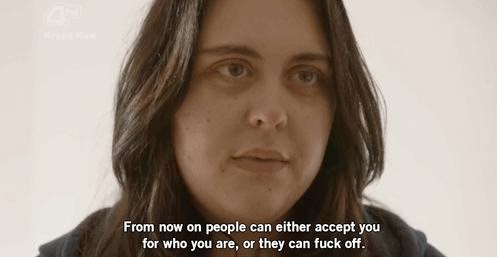 I wish I'd had this show when I was a teenager, but as it's set in 1996, its the same effect really. I'm just waiting for the episode where Rae discovers bis and Kenickie. IMAGINE!
Posted by Holly Casio at 16:02