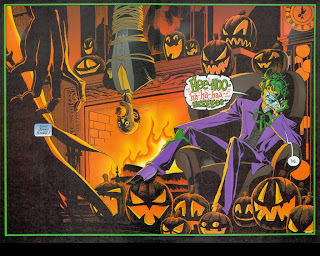 It’s Halloween! One of the best holidays of the year because there is so much goddamned candy everywhere. So many sweets. So much fake blood. And Hocus Pocus or The Craft is bound to be on telly.

I love horror films, I love being scared or grossed out. I love laughing at the cheesy things then secretly checking under my bed anyway cuz that one episode of Luther scared the ever living shit outta me. I always thought it was just horror films (and my own runaway imagination) that had the ability to scare the pants off me, make me feel grossed out or uneasy, but lately I find I’m reading more and more horror comics that can do the job pretty well. Comics don’t have the same narrative flow as movies. Movies give you everything on a plate, the movement, the direction, the pace, the dialogue, the sound. the effects,  the neat editing. Comics give you a selection of images and requires your brain to fill in all of the rest. So really horror comics are the perfect combination cuz as we’ve already established, my brain is pretty good at scaring myself silly.

In celebration of halloween here’s a list of my favourite horror comics, a mixture of recent and older stuff. Some of these comics are silly,  some of them are comedy, some of them are gross, some of them require you to leave the light on when you go to bed, but they are all ace.

Terry Moore, the guy that wrote Strangers in Paradise and single handedly introduced a bunch of us to the world of comics is now working on something COMPLETELY different to the ongoing adventures of Katchoo and co. Rachel is back from the dead, having woken up to find her own dead body laying next to her in a shallow grave in the woods. Rachel is looking to regain her memories and find out exactly what happened to her and the journey to find out how she died uncovers a whole lot of dark and sinister twists. As the story expands in the town of Manson there are serial killers, demons, witches, and all kinds of creepy goings on. Beautiful artwork, creepy, and sinister. Love love LOVE this book!

Coffin Hill is a brand new release from Vertigo just in time for Halloween. My full review of issue 1 is available here.
Catherine Kittredge’s debut title for Vertigo introduces Eve Coffin who could pretty much be Nancy from The Craft. Rebelling against her super rich and stuck up family (I’m sure there’s something secretive and sinister behind that family), Eve and her friends go to the woods to raise the witch of Coffin Hill. Eve wakes up with no memory, covered in blood, her friend is missing, and some bad bad shit has gone down. The comic flashes forward to present day as a grown up Eve moves back to Coffin Hill and something evil is still lurking in those woods. Awesome debut from Kittredge and extra special mention to the amazing art by Inaki Miranda who’s shattered panels, eerie shadows, and blood splattered action creates just the right amount of fun and spooks. 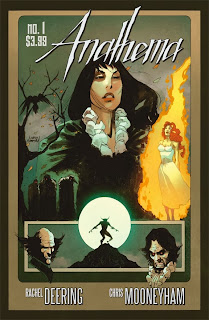 Rachel Deering and Renae De Liz self published this title and due to the success of kickstarter, the series is doing rather well for itself. Anathema is ace because who doesn’t like lesbian witches? Exactly. Mercy and her girlfriend Sarah are tried as witches and Sarah’s soul is captured by some super evil nasty ravens. Mercy frees herself and vows to take revenge and to set her dead girlfriend’s soul free, battling werewolves and vampires along the way. The artwork is inspired by traditional gothic imagery, and with lots of twists and suspense, the world of Anathema is full of awesome gothy darkness.And lesbian witches.

Tyler, Kinsey, and Bode are the Locke siblings. After their father is murdered they discover secret supernatural keys in their old family home, each with their own magical powers. There’s the ghost key which allows anyone to become a ghost, the hourglass key to travel back in time, or the head key, to open up someone’s thoughts and read what they are thinking. Demons and evil forces want the keys for themselves for their own dark and evil plans. With murder, demons, and family secrecy, Locke and Key is a slow unravelling epic comic story. Read it before the film comes out! 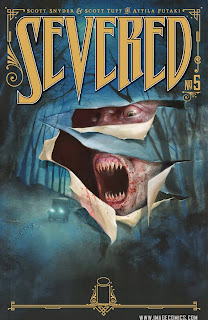 Scott Snyder is one of my favourite comic writers (check out The Wake!) and together with Scott Tuft and Attilla Futaki, they have created a brilliantly dark and scary mini series. Set in 1916, Jack has run away from home in the hopes of finding his father who abandoned him at birth. Along the way he meets a charming and friendly salesman with a winning smile. But behind his teeth is something super dark and evil - his real jaggered teeth that he uses to eat children. The Salesman is super creepy and enough to give you nightmares, and with only seven issues this series feels short but just right. 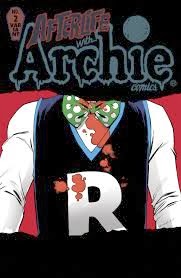 I’ve always been a big Archie fan, I like the stories, I love Betty and Veronica, it’s always fun and sometimes I just like my comics to be fun rather than dark or twisted or complex. Afterlife with Archie recently launched bringing horror to Riverdale, wiith Archie, Betty and Veronica, and Sabrina the Teenage Witch all getting in on the action. The comic has been described as ‘Archie’s Walking Dead’ and the series is surprisingly not played for silly laughs but is a genuine horror fest in an Archie setting. Some of the dialogue could be taken from a cheesey horror film, and it’s hard to not think of these stories as the silly clean cut fun stories that you’ve come to know and love, but there are genuine horror moments. The artwork creates eerie atmospheres and genuine suspense. I bloody love this! 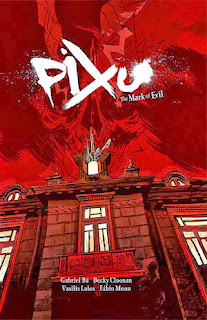 Some of my favourite creators are behind this book with Gabriel Bá, Becky Cloonan, Vasilis Lolos and Fábio Moon collaborating on a psychological gothic tale. Five tenants discover a strange sigil painted on the walls of the building where they live. Slowly the building brings chaos and horror and evil to their lives, with each tenant trapped and ultimately turned mad by the strange evil haunting them, which will eventually lead to their deaths. You should read this for the artwork alone. Beautiful creepy as fuck imagery. 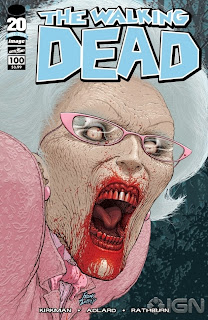 So this is a no brainer. No brainer! Geddit? I’m a goddamned comedian!
The Walking Dead is a long sprawling epic story of the zombie apocalypse. Having just celebrated its 10th anniversary, it can feel a bit daunting to jump into such a huge story. But go right back to the beginning and work your way through the collected trade paperbacks and you won’t be sorry. 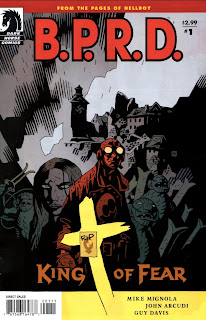 BPRD is a long running Hellboy spin off featuring the Bureau for Paranormal Research and Defence. With an ensemble cast paranormal investigators both human and otherwise with demons and psychics and all kinds of creatures, BPRD is fun and spooky. Like a super weird version of the X-Files but way funner. I was put off as I'd never even read any Hellboy comics (sorry!) so I was worried this wouldn't make any sense to me. But it's super easy to get into, it's a brilliant series that everyone should read! 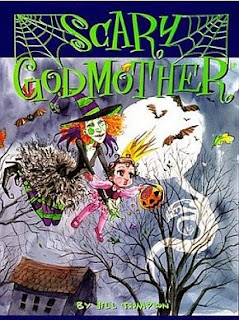 A fun spooky series of stories by the amazing Jill Thompson. These books are perfect for kids and anyone who likes their witches a little on the silly side. Jill  Thompson’s illustrations are super pretty and would inspire anyone to dress up as the Scary Godmother for Halloween, especially as the snazzy gothy witch is based on Jill herself. She’s even having her own doll made! And ok, the stories might not be creepy but that doll certainly is!