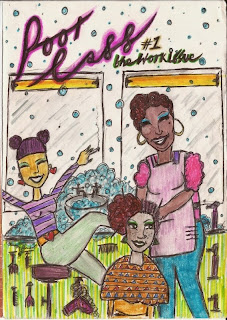 A few weeks ago my mate Em's brilliant blogpost got reblogged and shared and commented on, and I saw a few people reply to her piece about being working class with the sweeping statement - class doesn't matter/doesn't exist anymore.

I wish I could tell you it made my blood boil and I became furious but in all honesty my heart remained firmly sunk as it has been ever since I moved to London and realised that I don't really have many working class friends down here. Class matters, class exists, and I feel like there is class war in my head every single day.

As all working class pieces start I feel obliged to give you my working class credentials from the beginning because people often like to quiz you to make sure you aren't lying. Especially if they find out you went to university and somehow transcended your class (FUCK OFF). It feels weird having to do this, having to tell you about my family, about how my single parent Dad inherited the poverty of his parents, and how I inherited his, and how we didn't have much growing up. I can tell you about the long hours he works in a factory on the permanent brink of closure, a job which destroys him physically and mentally. I can tell you about our debts, about not having money, about not eating properly, about the things we could never afford, about jealousy of others, and the things we daydreamed about that seem really normal to other people. I can tell you about working 3 jobs while doing my degree and becoming ill with exhaustion and passing out from not eating. I can tell you  about my bank loans, credit card debt, overdraft, and other amounts. I can tell you how my salary barely pays my rent, bills, debts, and how each day is just a new day of debt I will never pay back, I can tell you about staying awake at night thinking about what I can sell next to pay for things, or crossing my fingers and toes and holding my breath when I go to draw cash out.But this is what my Dad would call 'crying the poor tale.' You just don't do stuff like that.

I moved down to London 6 years ago having spent all my life in Dewsbury in West Yorkshire, and then another 7 years in Manchester. I moved to London for a very simple boring reason - I needed a job. I work as a librarian and got myself into an extraordinary amount of debt becoming a qualified one. There aren't a lot of jobs in my field, and getting a library job in the north seemed almost impossible and I was promised there were a million and one library jobs down here. So I believed the lie and came to London.

I love my life and my friends and I love how awesome I am too, so I don't want you thinking I'm just a perpetual ball of bitterness all the time, but living in London is hard, and apart from my super close best friends and my boyfriend, my friends down here aren't working class. In the queer scene I know mostly middle class people, from very different backgrounds, with savings, and nice jobs, and academic language. I love my friends to pieces but it sets you apart in invisible ways.

When people make dinner plans with you, they aren't asking you to go out for chips or go get summat from Greggs. I used to lie when people asked me to come out to gigs/the pub/dancing because while I love these things, I can't do them all that much because I haven't got the money. I used to tell people I was busy instead to avoid having to say I'm really sorry I can't come for your birthday drinks but I haven't got the money for the bus fare to get there. I see nice white middle class feminists making polka dot bunting and fighting the patriarchy with Cath Kidston, or radical white queers with expensive tattoo sleeves and a PhD. Not that there aren't working class people/poor people in London, of course there are, but the queer feminist diy scenes I try to stay afloat in are alienating.

I find being surrounded by academia really hard because it's never really meant anything to me and I don't speak that language and find it difficult to understand. It feels fake and weird, just as fake and weird as when totally middle class people adopt the identify of being working class just for the sake of having some cool identity. Tip: being skint at the end of the month just before payday isn't the same as being working class.

Class matters because Jamie Oliver judges whether or not I might want a big telly, and Kirsty Allsop is telling me that being poor aint so bad because you get to make nice twee crafty things. And because being working class isn't 'crying the poor tale', it's real lived experiences. And because assuming we aren't working hard enough, or that we are scroungers, or that we are lazy, we are stupid, we are from the past, we aren't helping ourselves, or telling us that there is such a thing as deserving/undeserving/good/bad poor, or scrutinizing what we choose to spend our money on, or saying that class doesn't matter or doesn't exist anymore invalidates our experiences and makes us invisible. 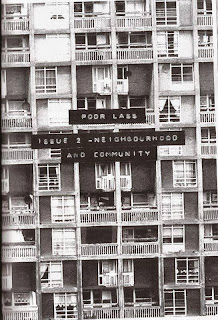 When Poor Lass zine came out I was so happy. Save for a few perzines I read from working class writers, or more academic (yukyukyuk) zines about class, I hadn't really come across many zines with different working class voices. Reading the stories in Poor Lass made me feel less alone and it validated my own experiences and thoughts. Poor Lass is filled with positivity, humour, and warmth. Despite frustrations, hardships, bitterness, and anger, the communities of voices in Poor Lass give space to working class voices you just don't get to hear normally. For a start I love that people aren't writing academically or even trying to be clever, people write exactly how they talk and it's avoiding that made up language which has so far kept working class people as characters in narratives rather than authoritative voices in our own histories. There's a real sense of positivity and pride in people's retelling of their stories. There's a real sense of difference in our backgrounds and our experiences showing that we aren't just one type of person. I love that many of the contributors may not have written or read zines before. And mostly it's just incredible to read something where the contributors and editors are all working class.

So yeah, this is my love letter to Poor Lass. I've just submitted my contribution for issue 3 on the theme of Family this week and so should you! You can email Poor Lass editors Seleena and Em at poorlass@gmail.com to chat about contributing. You can follow them on twitter, and more importantly you can order the zines here 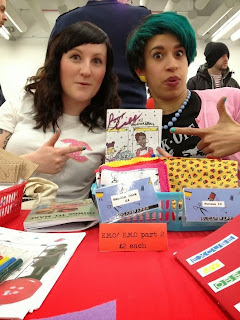