A beginner's guide to Bruce

Since writing zines about Bruce Springsteen, I get asked a lot by people to make Bruce mix tapes, or recommend albums from his gigantic back catalogue. I guess they wanna hear what I hear. Just so you know - this is my all time favourite thing to be asked so please ask me! Anyway I made a Bruce mix for you, it's at the bottom of the page so scroll down if you don't wanna read the rest of my chatter. 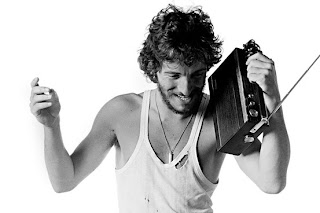 I totally understand if Bruce aint yr thing. I didn't think he was mine to be honest. There is nothing else in my record collection that sounds remotely like Bruce. Everything in my record collection has a female vocalist and some shouting, mostly bands from Glasgow, and usually with a keyboard and/or drum machine. Did I ever think I'd be the kind of person tapping my toes to a 5 minute guitar solo in the 1978 live version of Prove it all Night? No not at all, I can barely stomach a guitar solo from my favourite band Sleater Kinney during The Woods era, so this doesn't really make any sense!

Chances are if I make you a Bruce mix tape, you probably aren't going to fall madly in love with him the way I did. You might not hear the things that I do, and you might not even get all the way through listening to it.It might bore you. It might not be your thing. That's totally fine, I still want to make you a Bruce mix, cuz even if you just end up not minding maybe one song then that'll do for me.

Getting into Bruce is a bit intimidating, where do you start? The man's had 17 studio albums, not to mention all the live stuff, rarities, and demos floating around. His music goes through periods and if you like one album, it's no guarantee that you'll like anything else he's made as it could sound totally different. 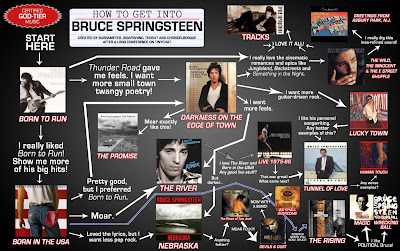 As a rule of thumb I usually recommend one of three albums to people: 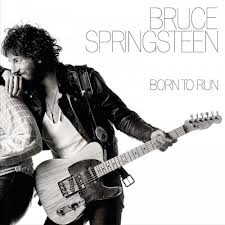 Cuz it's famous and chances are you've probably heard a few tracks off it already so it won't feel that unfamiliar to you. It's a near perfect album, it's full of songs about adventure and escape and running away and leaving yr small shitty town behind and looking for fun and friends and love and stuff. It's a bit epic if you like that sort of thing.

Born in the USA 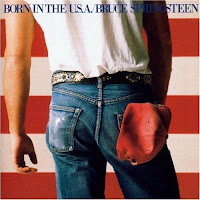 Again, it's dead famous so you'll probably have already heard a big chunk of this before without realising. It's the most accessible of his albums to listen to, it's full of pop songs, it's super danceable, and yet each of those 3 minute perfect pop songs have quite dark and incredibly sad lyrics.


Darkness on the Edge of Town 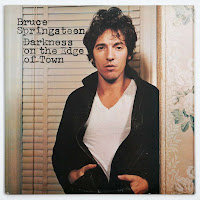 I don't know why I keep recommending this album, cuz I've never had a success story with it! This is my all time favourite Bruce Springsteen album. This album is the complete opposite to Born to Run. Instead of escape and optimism and adventure there is just grief and anger and staying put in your shitty little town. Instead of fun times and love and friendship, there's just losers and heartbreak and a never ending cycle of shit. It's perfect!

But if you can't stomach a full album, here's a handy Bruce mix I made! I tried to make this as accessible as possible, no weird stuff. There's some obvious hits on here as well as some beautiful album tracks and I tried to represent a lot of his stuff in one go with at least one song from each of his albums* which is a tricky thing to do so it's a mish mash of old style rock n roll, big epic sounds, sparse acoustic songs, and 3 minute pop hits. If you want more, let me know and I'll happily make you a mix based on stuff you wanna hear. And I won't include the '78 live version of Prove it All Night unless you specifically request it. To be fair, it is a really really good guitar solo, and I don't say that shit lightly.


Click on the dancing Bruce to hear the mix!

* No songs from Working on a Dream or Seeger Sessions have been included because I wouldn't do that to you. I'm a bad Bruce fan and don't like those albums one bit, sorry.